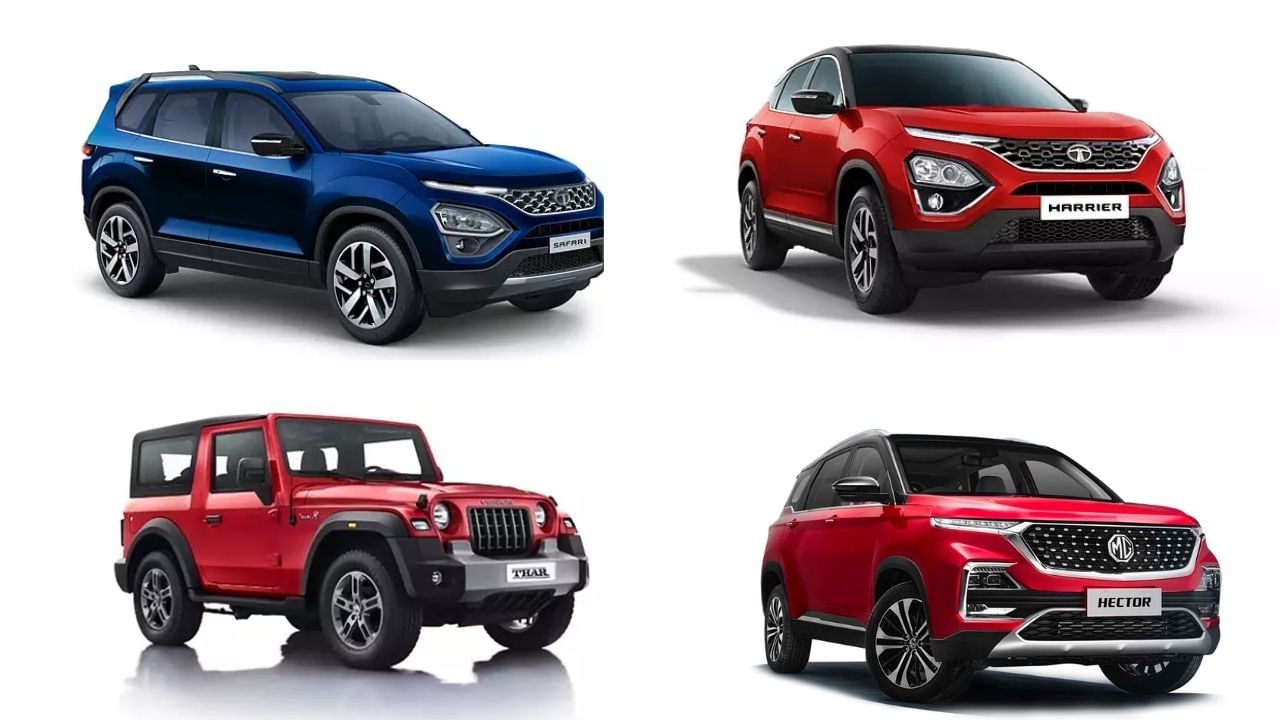 If you are also buying a new SUV car for yourself but your budget is less, then we have listed good options for you. Whose price is less than 15 lakh rupees.

The craze of SUV car is increasing day by day in India. But, a good SUV in India (SUVs India) Buying is very expensive. In such a situation, if you buy a new SUV car for yourself but your budget is less, then we have listed good options for you. Whose price is less than 15 lakh rupees. In this list some popular SUVs to be sold in the country (SUVs Under 15 lakh) Like options like Tata Safari, Tata Harrier, MG Hector, Mahindra Thar are included. Let us know in detail about their price and specification. Tata Safari in India (Tata Safari) The starting price of Rs.15.25 lakhs. The all-new Tata Safari is available in 6 and 7 seater options, which comes with features like Kryotec 2L turbocharged 170 PS diesel engine, luxurious and premium spacious interior and top of the line safety, technology and connectivity.

Tata Harrier: The Harrier measures 4,598 mm in length, 1,714 mm in length and 1,894 mm in width and boasts of a wheelbase of 2,741 mm. The top-spec variant comes with 17-inch alloy wheels while the rest of the range gets smaller 16-inch wheels. Under the hood, the only powertrain made available to the new Harrier is diesel-manual. The 2.0-litre four-cylinder Kryotec turbo diesel engine sourced from Fiat generates 140bhp and 350Nm of torque. The transmission is a six-speed manual which only powers the front-wheels. Though there is no AWD version, the Harrier comes with a special ESP system that works with different modes. This includes Normal, Wet and Rough.

MG Hector: MG Hector comes in both petrol and diesel powertrain options. Both the 1.5L Turbocharged Intercooled Petrol Engine and the 1.5L Turbocharged Intercooled Belt Starter Generator Petrol Hybrid engine produces a maximum power output of 143 @ 5000 and a maximum torque of 250 @ 1600-3600. The 2.0L turbocharged diesel engine generates maximum power of 170 @ 3750 and torque of 350 @ 1750-2500.

Hyundai Alcazar: The Hyundai Alcazar is available in both petrol and diesel engine options. The 2.0-litre petrol engine can generate maximum power output of 157 hp and torque of 191 Nm. On the other hand, the 1.5-litre diesel motor can generate 113 hp and 250 Nm of maximum power and peak torque. The Hyundai Alcazar supports the Bose premium sound system to deliver premium audio inside the SUV. The newly launched car comes with an air purifier with AQI display and 8-way electric adjustment option and a panoramic sunroof that can be opened or closed via simple voice commands.

Mahindra Thar: Auto giant Mahindra’s popular SUV Thar is one of the best selling cars in India. It is known for its looks. Mahindra Thar is equipped with two engine options – 2.0-litre petrol and 2.2-litre turbo diesel. While the former generates a power output of 150 PS, the diesel engine makes 130 PS. Apart from this, the car also gets LED DRLs, alloy wheels, a hard rooftop, automatic climate control, front-facing rear seats with ISOFIX mount and touchscreen display with Apple CarPlay and Android Auto. The company also plans to come up with a new five-door version of the Thar model which will be announced in 2023.