Jeep’s bang entry in the SUV segment, the launch date of the 7 seater Meridian released, will hit the road from this date! 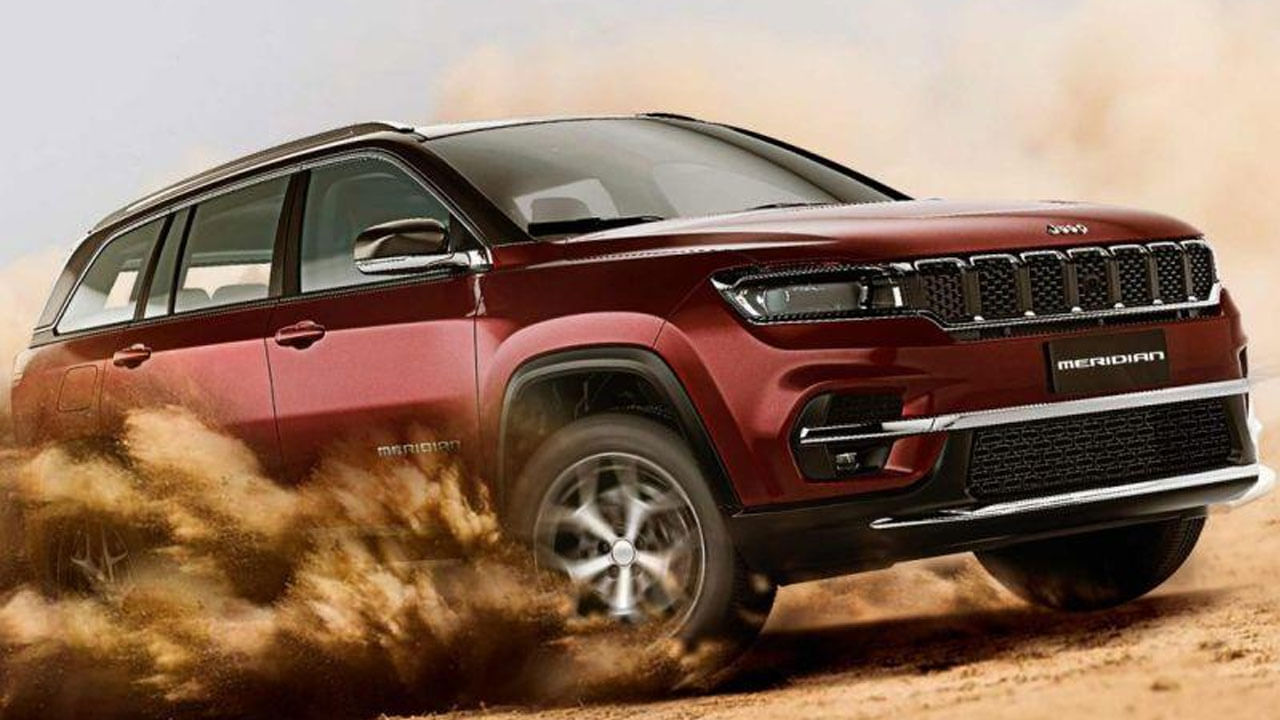 Jeep is preparing to launch another model in the SUV segment. Booking of 7 seater Meridian car is starting from 3rd May. It is expected that by the middle of June, this car will start appearing on the roads.

SUV Car Segment(SUV CarsJeep in a bang launching (Upcoming Cars) is preparing. Jeep has opened bookings for its 7 seater car Meridian from May 3. Along with this, the company has also told that when this new SUV car will start appearing on the road. The direct competition of this car in the SUV segment is Toyota Fortuner (Toyota Fortuner) and will be from MG’s Gloucester. Let us know what are the features of this Meridian of Jeep and when will its deliveries start?

Jeep is already selling the Meridian car under the name “Commander” in the global SUV market. Although Jeep has also made some changes in this new model. The company claims that after the booking starts from May 3, this new Meridian car will start appearing on the roads by mid-June. Jeep, however, has not disclosed the price and variants of the Meridian car.

Ready on the platform of Jeep Compass

The new Meridian Jeep has been built on the same platform as the Compass but there have been some changes in its design. From the front, the Meridian looks similar to the Jeep Compass. It gets a longer wheelbase and a change in the rear design as well. Due to its size, the Meridian looks impressive on the road.

One by one amazing features

The Jeep Meridian will get a 10.25-inch digital cluster and a 10.1-inch touchscreen infotainment system. It will be able to connect with Android Auto and Apple Car Play. Apart from this, both the front seats will be present with electric adjustment feature. Dual zone climate control, 360 degree parking camera, traction control, electronic stability program, 6 airbags and hill start assist, hill hold control and many more features are started.

According to the reports so far, the company is offering 2.0 liter Multijet diesel engine in Meridian. The same engine is the Tata Harrier and Tata Safari, Jeep Compass and MG Hector Twins. This engine gives maximum power of 170PS and peak torque of 350Nm. The company is preparing to launch the Meridian in 6 speed manual gearbox and 9 speed torque converter automatic version. Along with this, this SUV will be available in front wheel and 4 wheel drive. Customers will also be able to drive the Meridian in different drive modes.