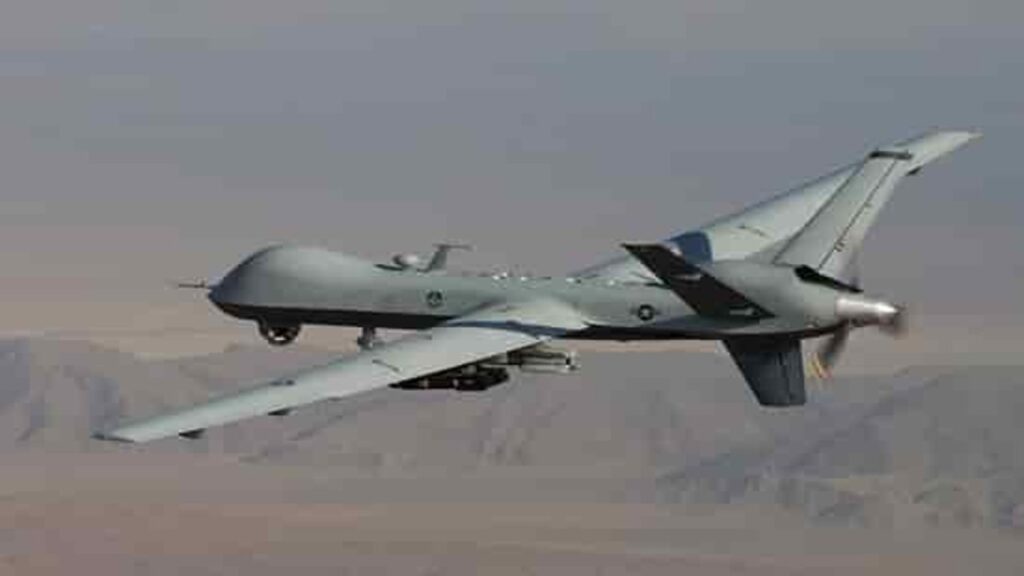 On Sunday, Pakistani pilots arrived with Lav-Lashkar to help the Taliban. Throughout the night, through fighter jets and drones, relentless airstrikes were carried out on the bases of the Resistance Forces. (signal photo)

The concern of Afghanistan is getting bigger in the whole world including India, because 22 days are about to pass and the Taliban government has not been formed there yet. Meanwhile, Pakistan has crossed the limit in Afghanistan. Fighter aircraft and fighter drones of Pakistan Air Force have rained wildly in the Panjshir Valley, on which Iran has expressed strong objection and after this action of Pakistan, Taliban has claimed possession of Panjshir. Prime Minister Modi held a high-level meeting in India today regarding this situation in Afghanistan. Home Minister Amit Shah and Defense Minister Rajnath Singh were present in this meeting, which lasted for about three hours at the Prime Minister’s residence. National Security Advisor Ajit Doval and CDS Bipin Rawat also attended this meeting. According to sources, the current situation in Afghanistan was discussed in detail in this meeting.

On the other hand, a little while ago, the Northern Alliance made a big claim regarding the battle of Panjshir. The Resistance Force said that Pakistan’s fighter jet has been shot down in Panjshir. Means the fighter jet of Pakistan which rained bombs in Panjshir was destroyed in the valley itself. However, the Taliban has claimed that a new government will be formed in Afghanistan very soon and the Taliban has invited China, Russia, Iran, Pakistan, Turkey and Qatar to participate in the announcement of the new government, but the biggest concern here is Pakistan. This is because Pakistan’s interference in Afghanistan is increasing.

Tehran Times released a video of Pakistani fighter jets roaring in Panjshir Valley of Afghanistan and claimed that Pakistani fighter jets hurled bombs in Panjshir. It is said that on Sunday, Pakistani pilots arrived with Lav-Lashkar to help the Taliban. Throughout the night, through fighter jets and drones, relentless airstrikes were carried out on the bases of the Resistance Forces. The house where Amrullah Saleh, a prominent leader of the Resistance Force and former Vice President of Afghanistan was staying in Panjshir, was also attacked by a Pakistani drone, after which Saleh fled to Tajikistan.

Pakistan’s CH-4 drone also fired two missiles at a vehicle in Panjshir, killing resistance spokesman Faheem Dashti and five fighters. On Sunday, a close aide of Ahmed Masood and the chief of the Panjshir forces, Saleh Mohammad Deserti, was also killed. It is said that within a few hours of Pakistan’s entry in Panjshir, the Resistance Force conceded defeat. With this, the whole of Afghanistan was captured by the Taliban. The Taliban also claimed this today and released a video of the capital of Panjshir, in which Taliban fighters are seen hoisting the flag at the governor’s house. The governors are seen vandalizing inside the house and banners of the Taliban government have also started appearing on the streets there.

Meanwhile, Taliban spokesman Zabiullah Mujahid claimed on Twitter that the last fort of opposition to the Taliban in Afghanistan has also been conquered. Also said that finally the country has come out of the vortex of war, with the blessings of Allah and with the support of the people of the country, our efforts to secure the country have paid off. But this claim of Taliban has been denied by the Resistance Force and has said that the war will continue in Panjshir Valley. Resistance force leader Ahmed Masood issued an audio message of about 18 minutes asking the whole world for help for Panjshir. Asked to launch a general insurgency against the Taliban throughout Afghanistan. Masood said that Pakistan used its air force against us and therefore our fight is also against Pakistan and we will continue to fight till our last breath.

Resistance force leader Ahmed Masood not ready to give up

Meaning Masood is not ready to give up, but according to the pictures released by the Taliban, Panjshir has been almost captured by the Taliban and the Taliban has achieved this victory on the basis of Pakistan. This act of Pakistan has increased the concern of many countries of the world including India. Angered by the Pakistani Air Force attack in Panjshir, Iran has instructed that Pakistan should not cross the limits. Iran has said that it is absolutely wrong for any country to attack Afghan land. Iran is investigating this attack. However, photographs and reports coming from Afghanistan are telling that Pakistan’s interference in Afghanistan is increasing.

And this concern is getting bigger in the world community that if the government there will be formed by Taliban, then Pakistan will rule? These are a few pictures of Pakistani aircrafts that landed in support of the Taliban in the Battle of Panjshir. It is said that in this valley of Afghan, the Pakistani Air Force has piled up weapons. The whole Panjsheer was bombarded with gunpowder. Sources reveal that at present there are more than 3,000 Pakistani soldiers present in Panjshir, of which one thousand are Pakistan’s SSG commandos. According to sources, Pakistani intelligence agency ISI Chief Faiz Hameed had reached Afghanistan with many SSG commandos with him. On the behest of ISI Chief Hameed, the Pakistan Air Force carried out the strike in Panjishar. This happened about Pakistan’s action in Panjshir. Now tell you where was the script for the final help of Taliban and the Pakistani air strike on Panjshir was written?

Sources reveal that on September 3, a high-level meeting was held at the Pakistan Army Headquarters in Rawalpindi regarding Panjshir. General Bajwa, ISI Chief Faiz Hameed and top army commanders attended this meeting. In this meeting, it was decided to support the Pakistan Army to the Taliban and after this decision, ISI Chief Faiz Hameed reached Afghanistan with the SSG commandos. In such a situation, the question is arising that why is Pakistan interfering so much in Afghanistan? Will the government in Afghanistan be of the Taliban and the government of Pakistan? These questions are arising because it is said that Pakistan’s ISI is behind the billions of dollars in aid to the Taliban. ISI is behind providing arms to Taliban and now ISI is also behind the formation of Taliban government in Afghanistan.

And this picture is also proving this, in which the ISI chief is seen with Taliban chief Mullah Baradar and this meeting is saying a lot before the formation of the Taliban government. It is said that along with the ISI chief, many Pakistani army officers also reached Afghanistan, because the Taliban wanted Panjshir to be conquered before the formation of the new government, and therefore the ISI and the Pakistani Army helped the Taliban in Panjshir. But behind this, a big deal is also said to be made inside Pakistan and Taliban. Sources say that Pakistan wants the terrorist organization Haqqani Network to get a bigger role in the Taliban government. Former Afghan female parliamentarian Maryam Soleimankhil has even claimed that the purpose of General Faiz Hamid’s visit to Kabul is to ensure that Mullah Abdul Ghani Baradar is not allowed to head the new Afghan government and Haqqani is made the head of the new government.

Till now you have heard and understood that Pakistan has been supporting the Taliban at every step in the war to capture Afghanistan. Actually its inside story is that Taliban was created by Pakistan’s intelligence agency ISI, even later ISI continued to give money, training and weapons to Taliban. The ISI also has close ties with the Haqqani network, which works for the Taliban. Apart from this, talking about the Taliban love of Pakistan, the Taliban rule from 1996 to 2001 was recognized by Pakistan, apart from the United Arab Emirates and Saudi Arabia. In February 2020, after the agreement between the US and the Taliban, the program of withdrawal of troops was decided, then the Taliban leaders regrouped themselves with the help of ISI. Overall, any terrorist organization, be it the Taliban or the Haqqani network, gets its food and water from Pakistan and in the long term, Pakistan wants to take advantage of it, as is being seen in Afghanistan right now.

Pakistan has given full force to form the Taliban government in Afghanistan. From the ISI chief to the Pakistani army and terrorists, everyone is active in setting up a terror factory in the name of religion in Afghanistan. However, due to the increasing interference of Pakistan in Afghanistan, there is anger among the common Afghans. People are coming out on the streets in protest against Pakistan. Today pictures of Pakistan’s protest from Kabul also surfaced. In Kabul, the Afghans, fearing the Taliban, raised slogans of Pakistan Murdabad and Afghanistan Zindabad. Even though their number was a handful, but such voices of opposition to Pakistan are now being heard continuously. However, now this concern is not only of the people of Afghanistan but also of India. The whole world including India is in the JD of Pakistani sports. A big conspiracy is being hatched on the land of Pakistan to shake the world. This has been disclosed by Maulana of Lal Masjid in Islamabad.

Revenue share from EV phase to the touch 50% by FY27: Sona Comstar MD