Competition between Mahindra XUV500 and Kia Seltos, see who won in the video 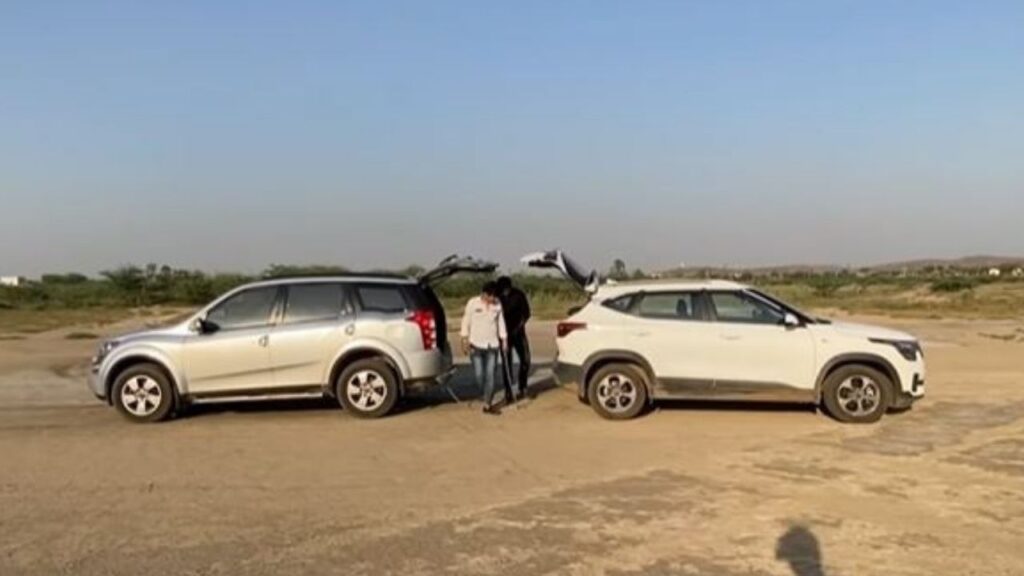 While the Kia Seltos is being liked a lot in India, the fan following of Mahindra XUV500 is still on top. You can see below who won in this collision between the two vehicles.

The video was uploaded by Arun Panwar on his YouTube channel. Before starting the competition, the owner of the SUV said that the XUV500 is an 8-year-old SUV and has covered 2 lakh kms so far. On the other hand, Kia Seltos is completely new. The competition was held at two different places.

The vlogger has used a metal chain in between both the SUVs. As an experiment, the vlogger has chosen a location where there is no traffic and the road is under construction. When both were pulled from the start, the Seltos first went ahead but then this competition started between the two.

But within a few seconds Mahindra started showing its true colours. The vehicle pulled the Kia Seltos without any problem. There was a collision on the loose surface, so a tire made a dent. The SUV was then pulled out of the pit. Since there was a metal chain between both the vehicles, the chain could not withstand the power of both and broke. After this YouTuber removed that piece and then again the collision between the two started.

In the second round also, there was a tough competition between both the vehicles. And this time Mahindra left behind Kia Seltos badly. Seltos did not get any chance this time. In this case, the XUV500 was the straight winner in this competition. Initially, the Kia Seltos pulled Mahindra because the driver did not apply much power. But as Mahindra’s driver took the race further, the true form of the Seltos came to the fore.

This SUV left everyone behind, in just so many days the company sold 10,000 vehicles, can bring home for 7.28 lakhs

Bring home Honda Activa 6G by paying only 8 thousand rupees, you will have to pay so much EMI for just a month