Amit Shah said on Omar Abdullah’s demand to restore Article 370 – this section was in force for 75 years, then why was there no peace 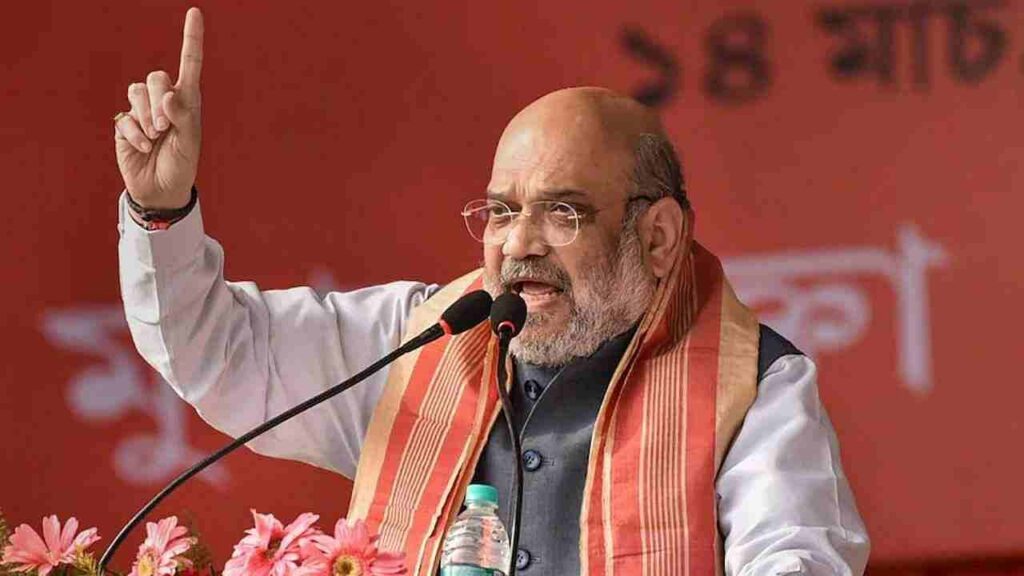 Amit Shah on Article 370: Union Home Minister Amit Shah hit back at Omar Abdullah’s statement and said that Article 370 was in force in Jammu and Kashmir for 75 years, then why there was no peace there.

Union Home Minister Amit Shah hit back at the statement of former Jammu and Kashmir Chief Minister and National Conference leader Omar Abdullah on Article 370, saying that Article 370 was applicable in Kashmir for the last 75 years. Then why was there no peace? If there is any relation between peace and Article 370, was Article 370 not applicable in 1990? The Home Minister said that there were talks against us that curfew was imposed for a long time and internet was closed. But I went to Jammu and Kashmir and asked the youth there that if we had opened the curfew, who would have died? Got the answer, we die, that is, we die young. The youth told me that the government has saved us by imposing curfew.

The Home Minister, who attended a program, said, the kind of development that is taking place in Jammu and Kashmir at the moment, the kind of law and order that has been created there now, due to this tourism has also increased there (Amit Shah on Article 370). Jammu and Kashmir is performing well today in taking the benefits of public welfare schemes to the people there. Let us tell you that a few days ago, Omar Abdullah had said that after the abrogation of 370, it was said that Ambani, Tata and Adani would bring investment, which would create employment opportunities, but nothing happened. Local people are not getting employment even from the projects.

accused of spoiling the situation

Omar Abdullah had said that terrorism is increasing again in the areas from where terrorism was wiped out during his rule. He said that these terrorists did not come from outside, but youth of Kashmir, who take up arms due to anger and other reasons (Omar Abdullah Comment on Article 370). He alleged that the central government of BJP has spoiled the situation in Jammu and Kashmir again. Omar Abdullah went so far as to say that if the Congress is not ready, the National Conference will fight for the restoration of Article 370 itself.

What did the Home Minister say on Punjab elections?

The Home Minister said on the Punjab elections, Prime Minister Narendra Modi withdrew all the three agricultural laws by showing a big heart to end the farmers’ movement. Elections in Punjab will be on the basis of development. The one who performs well, his government will be formed. Amit Shah further said, it is not proper to calculate the math of votes from alliances. Earlier, after the alliance of SP and Congress, it was said that what will happen now, after that when all the three parties came together, such questions were asked. But both the times BJP has won. The public is aware now.

Said on forming government with majority in UP

He said that I want to say with full confidence that we are going to form the government in Uttar Pradesh with a thumping majority. The Home Minister said, India’s economy is now the fastest growing in the world. Due to the policies of Prime Minister Narendra Modi, our economy came out of the impact of COVID-19 soon. The Modi government has taken many important decisions in the last 2 years to give impetus to the economy, so the global recession did not affect us much after Corona. It did not take as much time for India’s economy to emerge as other countries of the world.

Experts asked to study the data

Also read- Omicron is more at risk for people who have been infected earlier, scientists said – more mutations in it, hence spreading

Is world inflation nearing a peak?