Air Force contingent to participate in Dubai Air Show, preparing for the inaugural season on November 14 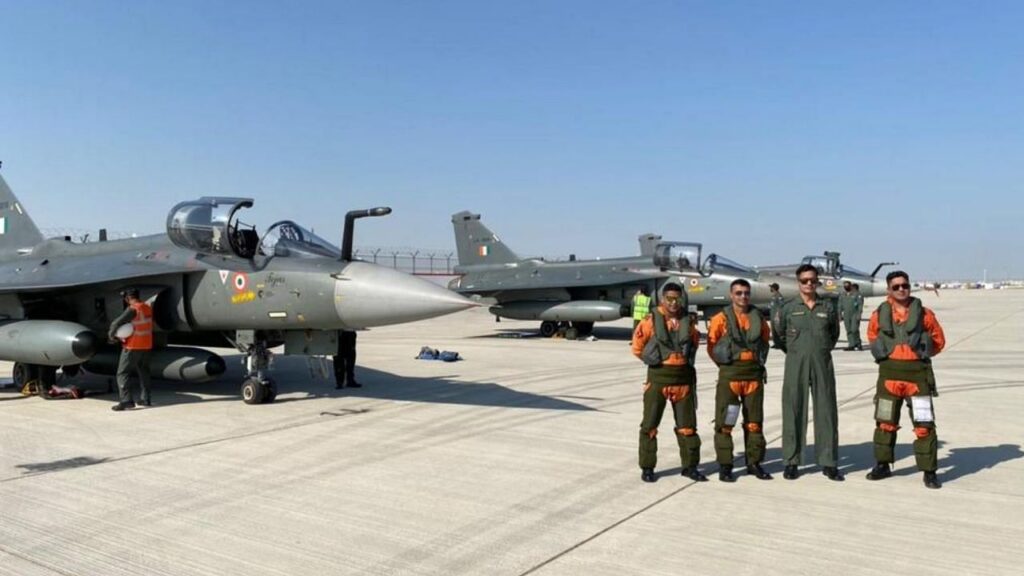 A contingent of Indian Air Force aircraft including Sarang and Surya Kiran aerobatics teams will participate in the Dubai Air Show. It will be organized from 14 to 18 November. A government official gave this information on Wednesday.

He said that the United Arab Emirates (UAE) government has invited the Indian Air Force to perform with some of the world’s best aerobatics teams including Saudi Hawks, Russian Knights and UAE’s Al Farsan.

According to the official, five advanced light helicopters Dhruv of Sarang team, 10 BAE Hawk 132 aircraft of Surya Kiran team and three LCA Tejas aircraft were inducted at the Dubai Air Show on November 9.

He said that the arrival of the Indian fleet here was received by Major General Pilot Ishaq Saleh Mohammed Al-Balushi of the UAE Armed Forces and other officers of the UAE Air Force. According to the official, the Indian Air Force teams are now preparing for the inaugural session on November 14.

On the other hand, Defense Minister Rajnath Singh addressed the top commander of the Indian Air Force (IAF) in the Commanders Conference on Wednesday. He reviewed the security situation along the northern and western borders of the country. This meeting of top Air Force officers is being held at Vayu Bhawan in Delhi, in which Chief of Defense Staff (CDS) General Bipin Rawat is also present. During this meeting to be held for the next three days, the status of the borders with China and Pakistan will be discussed.

Congress will start Jan Jagran campaign from November 14 against rising inflation in the country, Rahul Gandhi said – will take the answer of injustice

Corona Vaccination: Health Minister Mansukh Mandaviya will hold a meeting with the states tomorrow regarding the status of vaccination in the country